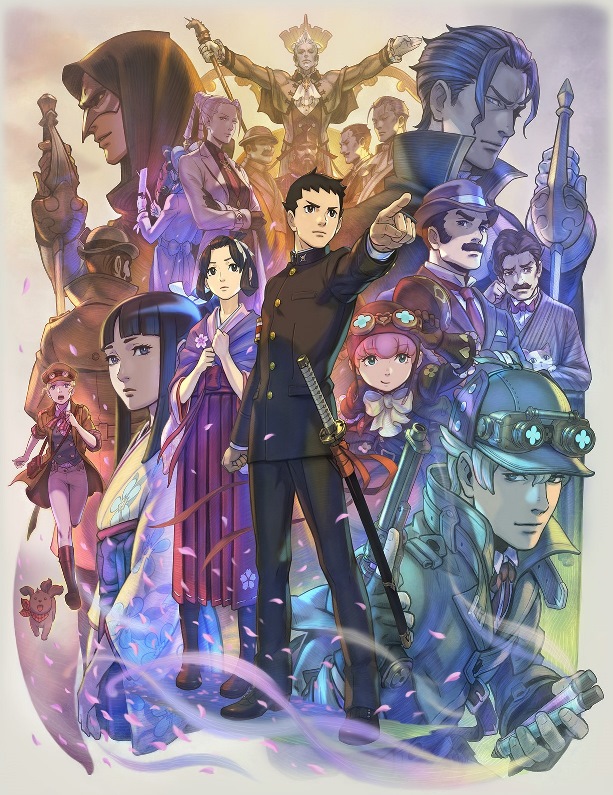 – Case 3 involves an explosion at the World’s Fair that kills a gentleman taking part in an experiment
– The scientist in charge, Benjamin Dovinbow is arrested
– Dovinbow has come to the fair to wow the crowd with a world-first piece of tech: a special cage that will teleport the cage – and whoever’s inside – to the Crystal Tower
– When he throws the switch, there’s a massive explosion
– The man taking part in the experiment is killed
– The body (and from the shot of the victim, the cage) actually did show up at the Crystal Tower
– Chief Justice Vortex assigns Ryuu to the case, and he and Iris head out to investigate
– At the scene, Ryuu and Iris run into Gina, who’s tagging along with Gregson as a detective-in-training
– Or as she’s very insistent on putting it: she’s now _Inspector_ Lestrade
– Her dog is Inspector Toby
– At the trial, van Zieks calls a variety of witnesses, including a Bohemian boy Gotts who was visiting the World’s Fair and witnessed the experiment from a flying balloon
– New jury and two other unnamed witnesses
– Return of the “Questioning” system when there are multiple witnesses on the stand
– DLC costumes
– Susato and Ryuu have costumes designed for them by Iris, while Holmes has a self-designed “Eastern outfit”