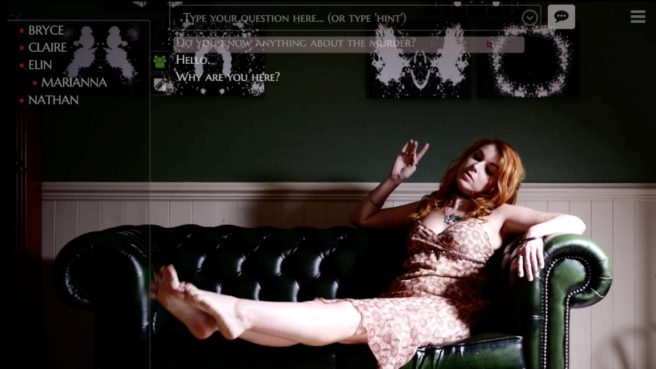 Wales Interactive has partnered with D’Avekki Studios to bring The Infectious Madness of Doctor Dekker to various platforms, including Switch. A release is planned in Spring 2018.

The Infectious Madness of Doctor Dekker is a well-regarded FMV murder mystery game. You’ll be playing as a psychiatrist as you try to solve a murder and treat the unusual patients of the recently deceased Doctor Dekker. It’ll be your job to ask questions, collect evidence, and uncover the identity of a randomly generated murderer.

Below is some additional information and a trailer:

In The Infectious Madness of Doctor Dekker, YOU are a psychiatrist, trying to solve a murder whilst treating the unusual patients of the recently deceased Doctor Dekker. Ask any questions and collect the evidence as you uncover the identity of the randomly generated murderer whilst figuring out how to fix the chaos left behind.

The Infectious Madness of Doctor Dekker invites you to explore the shadow reality that your patients inhabit – a world full of paranormal strangeness and horrors that go bump in your head, where all you have to rely on is your own mind.

Originally released on PC, the text adventure FMV is now optimised for console to include a suggested questions system which eliminates the need for a keyboard. Anyone with a keyboard will still have the option to type questions, phrases or keywords. The console version will also feature visual and navigational UI enhancements.