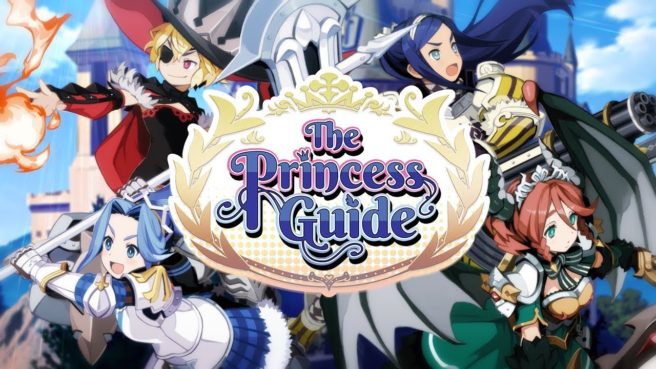 NIS America has set a western release date for The Princess Guide. Today, the company announced that the game will be out in North America on March 26. The European date is slated for March 29, followed by April 5 for Australia and New Zealand.

About the game:
In a land torn by chaos and war, a new evil rises. Now, four princesses from four different kingdoms must learn how to lead their people to victory. Commence the Princess Knight training regimen! As an experienced knight, you will choose a princess to become your apprentice. Teach her the art of war, and push back the evil that threatens to take over the land! With your choices directly impacting the way your Princess Knight fights, The Princess Guide gives military training a whole new meaning!

Key Features:
– A Unique Tale Times Four! – Each Princess Knight has a unique story to tell, and your choice affects how the tale unfolds! Will you train the vengeful Veronica, the gluttonous Liliartie, the chivalrous Monomaria, or the dragon princess Alpana?
– Fast-Paced Strategic Battles – The battlefield can get intense! Issue orders to your princess directly on the battlefield, and watch them clash with the enemy forces! Their performance is directly affected by your tutelage!
– To Praise or To Scold? – Your princess’s growth depends on you! During conversations and battles, “Praise” or “Scold” your princess to enhance their abilities on the battlefield!