The Solitaire Conspiracy heading to Switch in June 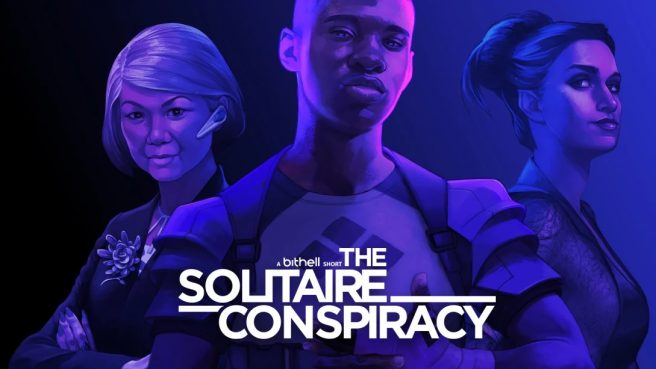 Ant Workshop and Bithell Games have revealed The Solitaire Conspiracy, a story based card game, is on the way to Switch. The two sides have already penciled in a June 11 release date.

Here’s some information about The Solitaire Conspiracy plus a trailer:

Protego, the world’s leading spy agency, has been destroyed. Only one person can wield C.A.R.D.S to take control of Protego’s scattered spy crews and save the world.

Guided by Protego’s only remaining analyst, Jim Ratio (Greg Miller), you must master the unique powers of each crew in a game of tactical Solitaire like none you’ve ever played before. Guide your crews home in a tale of intrigue where nobody can be trusted. Keep your cool in a world of AI spies and cyber-enhanced operators.

Once you’ve taken back control of Protego, play infinitely via Skirmish, or test your skills against the clock in Countdown, a survival mode that will test your grasp of the game’s surprising tactical depths. For a new challenge every day take part in the Daily Hotspot leaderboards!