Tower of Babel due out around Christmas, trailer 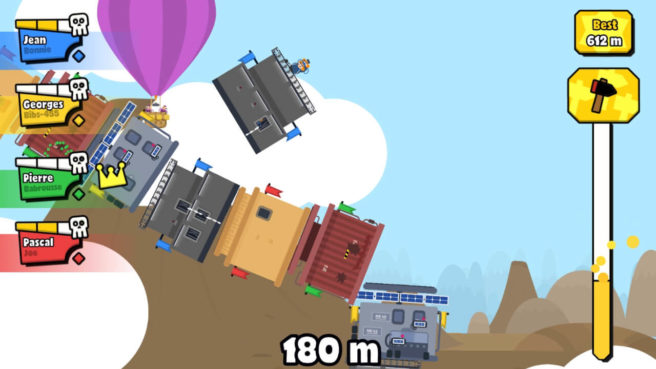 DNA Studios has provided an update on the psychics-based tower building game Tower of Babel. It’s slated for release next month – specifically around Christmas.

Here’s the latest information about Tower of Babel, along with a trailer:

Tower of Babel – no mercy is a multiplayer physic-based tower building game for the whole family. In this game, you and your friends build a tower together. But beware! Who makes the tower collapse loses the game.
To spice the game up, you can cast magic spells to scupper your opponent, creating a lot of unexpected situations. A bit of a digital Jenga… with explosions and magic tricks! So easy to pick-up you can bring it anywhere and play it instantly with anyone.

You can challenge or play with anyone in local multiplayer up to 4 players with the Friendly, Selfish and Battle modes, or play online against other consoles anywhere in the world. Perfect for couches, family nights and parties!
Make alliances and combine your secret ultimate spells to bring down your adversaries. All about timing and precision, it won’t be such an easy ride.

Tower of Babel – no mercy is a game that cement friendships and break towers… or is it the other way around? 🙂

What’s in Tower of Babel – no mercy?

Thanks to a grant from Pro Helvetia, we were able to give the game a relook and Switch exclusive content.

• A game easy to pick-up for the whole family and friends
• Fast-paced gameplay where you never stop playing
• Combine precision and timing to avoid collapsing your tower
• Lots of unexpected and hilarious situations
• 8 characters with unique magic spells to combine
• 3 crazy modes: collaborative, free for all or in teams
• From 1 to 4 players, local or online