Why Nintendo Directs will never go away 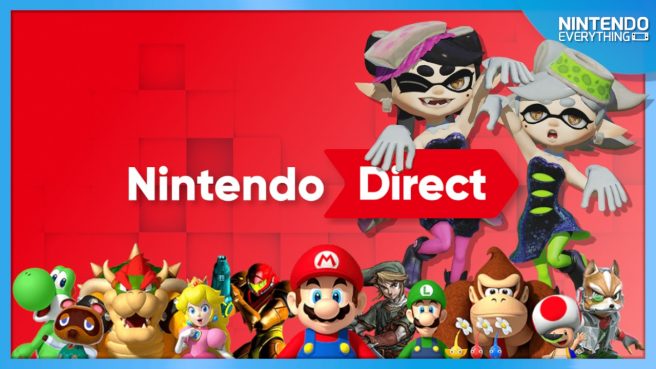 We’re officially in the middle of E3 time (or when E3 would’ve been), and that means that Nintendo Direct discussion is heating up again. From so-called “leaks” to well-informed predictions, it seems like everyone has an opinion on when a presentation is coming, and what we should see in such a broadcast. This is always a fun season of thinking about what Nintendo has planned, but something that also comes up constantly when talking about this subject is: what if Nintendo just doesn’t air a Direct? And, furthermore, what if Nintendo doesn’t air one ever again?

It’s a fair question to ask; Nintendo is a notoriously unpredictable company and many times predicting their next move does not yield results. Also, looking at a list of the Directs through time, there is a noticeable reduction of presentations in recent years (there were only three Nintendo Directs last year compared to five in 2020). So, the natural response to this information is thinking that maybe a day will come when there will be no more Directs at all. However, digging deeper into the logic of this argument shows how it is fundamentally flawed; and, in reality, Directs will never truly be “dead.”

Nintendo Directs are infomercials for gamers

This boils down to defining what a Nintendo Direct is. Nintendo Directs are presentations that Nintendo produces themselves and focuses on things that enhance their brand. Whether this be games developed by their own development studios or games that are coming exclusively to their hardware, they are basically just an advertising tool. And, much like other advertisements, these events have been specifically crafted to hold peoples’ interest.

Generally, each presentation has a big opener, a sizzle reel of some kind, a shadow drop, and a big finish or “one more thing.” While we may enjoy these defining features, they are not unique to Directs, and a lot of other advertisements use this same format. Think of an infomercial – a big grab introduces you to the product, a series of practical uses keeps you invested, and the “call now,” and “wait there’s more!” finishes the sale. Nintendo has definitely refined their method, but the core of any Direct is an ad. So, when we demystify Nintendo Directs a bit, the claim that they will “die out” makes less sense. Nintendo will never stop advertising their brand, and this format of advertising has proved useful to deliver their information.

Do Directs end when Nintendo stops calling them “Directs?”

This is when the other part of the argument comes out that says “oh, well Nintendo will just stop doing presentations in this style.” Basically claiming that Nintendo will obviously never stop presenting their own products, they will just stop presenting them in the format of a Direct. But, we already mentioned how this format is not specific to Directs. Many video game conferences and presentations do this exact thing (think of PlayStation’s State of Play, E3, or Xbox Showcases), and Nintendo is not going to stop advertising in the most efficient way. Every brand needs streamers/entertainers to interact with their content, and these presentations make it easy to do that. Additionally, there are so many variations to Nintendo Directs – Minis, Partner Showcases, Indie Worlds, franchise focuses – when we say that Nintendo Directs will die out, does that include all of these? It’s hard to imagine that Nintendo will completely drop all the different presentations they have built up through the years.

It’s all about the outrage, baby!

Really, when it comes down to it, the claim that Nintendo Directs are dead or will die out is based out of outrage; and this is the same reason why the logic behind it doesn’t add up. This discussion always pops up after Nintendo doesn’t air a Direct during a time that they were “supposed” to. People have certain months they expect Directs based on past presentations, and when these don’t show up, they look for a reason to validate their expectation.

A good example of this comes from 2020, when Nintendo didn’t air its June Direct due to the cancellation of E3. Even with the pandemic ramping up, there was a lot of talk about Nintendo not showing its E3 showcase independently due to them moving away from Directs. The discussion has even shown up when presentations are just a few weeks off, such as last year when Nintendo had a late September Direct instead of announcing one earlier in the month. People want a reason why they didn’t get a Direct, and Nintendo getting rid of them is a common scapegoat. It’s easy to see how this doesn’t make a lot of sense, as making a broad claim based on assumed information makes it a faulty claim from its concept stage.

The most important thing to remember…

The most important thing to remember as we grow closer to another time that Nintendo “should” air a Direct is that we are not Nintendo insiders (even the self-proclaimed “insiders” are not exactly insiders). As mentioned, the Big N is a notoriously unpredictable company, and they can change their schedule as they see fit. Nintendo will always air Directs or something adjacent, and the claim that they are “dead” is most usually fueled by outrage. Directs may shift and change, but it’s safe to say that they will be around for a long time, as they are just advertisements. Nintendo will always need to advertise its products, and a much more interesting conversation regarding this is what new products the company will dream up.