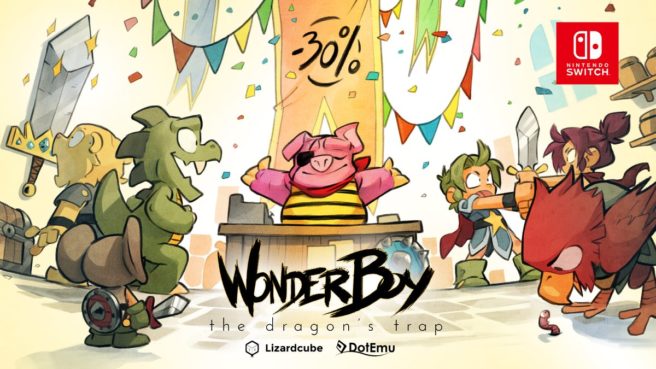 The physical version of Wonder Boy: The Dragon’s Trap isn’t too far away. Today, Nicalis announced a release date of February 13 for the retail release.

Those who purchase Wonder Boy: The Dragon’s Trap at launch will receive a few goodies. Along with the game itself, Nicalis is including an instruction booklet, a soundtrack sampler, and PVC strap.