Every week Nintendo puts out a press release talking about all the great new downloadable titles that are coming out, but never something showcasing the occasionally-decent games that come out in retail. Well, I’m gonna change that. This week, Nintendo gamers are treated with world cup soccer, free running intensity, ruthless romans, and fighting extinction.

As another entry in the long-running FIFA series, 2010 FIFA World Cup South Africa is a game that has a very large amount of content. It features all 199 teams that qualified for the World Cup, all 10 stadiums used in the tournament, and confetti rain- just like the real world cup! I’m going to be honest though, I’m not a huge fan of soccer games that don’t have “arcade”, “Mario”, or “mutant” in the title, so I’ll probably pass this up. 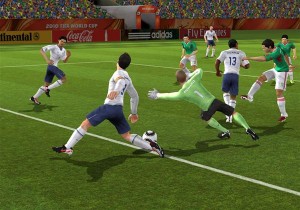 Free Running is a Wii game that focuses on the urban sport of “parkour”, which is the idea of doing crazy flips and jumps throughout urban environments with no rhyme or reason to it at all. In the game, players will use the Wiimote and nunchuck to perform such tricks and flips in timed runs to score points and unlock new characters/clothing/etc. For parkour fans, this game could definitely scratch an itch that Mirror’s Edge may have left unsatisfied, but for everyone else, I have a feeling that this will just leave us wishing we had put our money elsewhere. 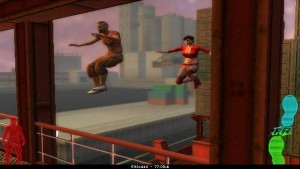 For those of you that don’t know, “Horrible Histories” is a book series that goes over horrible things that happened in history. This one is about Romans, and how ruthless they were. Obvious conclusions drawn from the title aside, I’m pretty sure this game is already about, but gamespot has it listed as coming out this week. Ah well. Reception of the game has been generally positive, but be wary that this is a game aimed at children. I won’t be picking it up, but if you have a young sibling, son or daughter, or just happen to like the books, I can’t image you’d be disappointed! 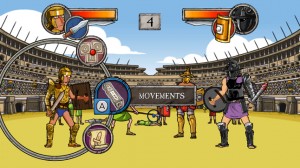 DoDoGo! is a new DSiWare puzzle/platformer that gives players the ability to save the now-extinct Dodo birds from the menace of dinosaurs and pitfalls. Think of it as ASPCA meets Kirby. Now, I was a little on the optimistic side for this title, I’ll admit, until I looked at the developer’s track record. Neko Entertainment, the people behind the game, are also the people who developed Charlie’s Angels on the PS2 and Gamecube. 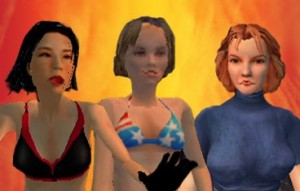 I kid, of course. I wish the game and its developers the best of luck! I’m always in support of a creative new platformer, and for only 800 Nintendo points, how can you go wrong? 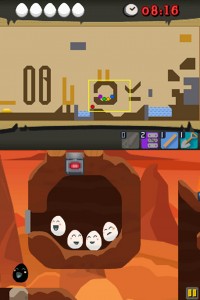