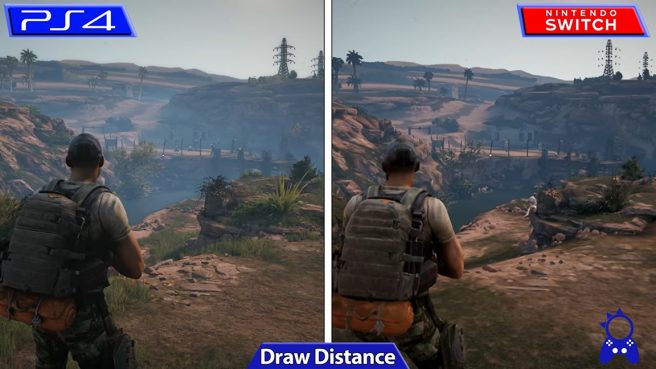 A new comparison video has come in for the Switch version of World War Z, putting it up against the PS4 release. Another outlet such as Digital Foundry may publish a more in-depth technical analysis later on, but YouTuber ElAnalistaDeBits has shared some early findings. It looks like Saber has done an admirable job, though changes and cuts were made on Switch.

As far as resolution is concerned, you’re getting 720p in both docked and portable modes from the Switch version of World War Z. ElAnalistaDeBits notes that there’s heavy temporal anti-aliasing when playing on a television. Frame rate comes in at 30 FPS.

In order to reach 30 FPS, it looks like Saber made “noticeable cuts in almost all settings”. That means lower quality geometry on Switch as well as dynamic shadows and the removal of SSR reflections. Sound is also said to have been compressed.

Hordes apparently have fewer enemies on Switch, though Nintendo’s console does have one advantage. It looks like load times are actually better on the Big N’s platform.

You can watch the full comparison video for the Switch and PS4 versions of World War Z below.

World War Z is now available on Switch. If you’re curious about Saber’s work on the port, check out our developer interview here.