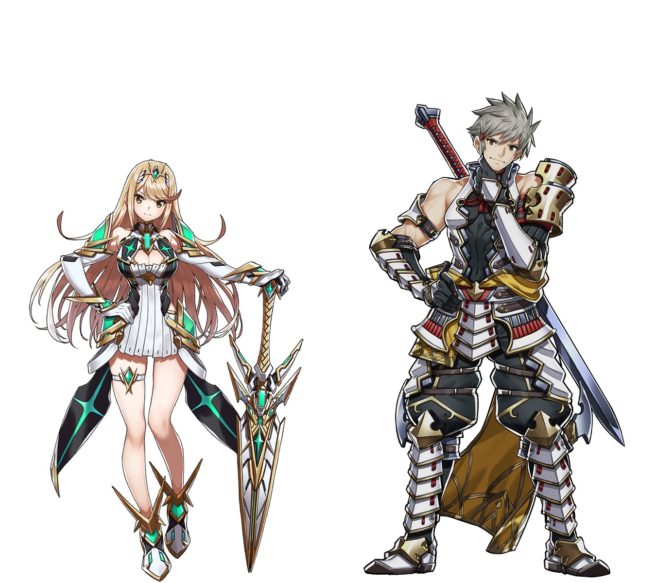 Nintendo and Monolith Soft are back with the latest character introductions for Xenoblade Chronicles 2: Torna – The Golden Country. Mythra and Addam get the focus this time around.

Here’s both of their blurbs:

The player will also become more acquainted with Addam’s Blade, the “Holy Grail” of Torna: Mythra (voiced by Shino Shimoji / Skye Bennett)! As Pyra isn’t around yet, “Torna: The Golden Country’s” Mythra is 100% herself! Note that even the shape of the Core Crystal on her chest is different!

In this installment of Xenoblade Chronicles 2’s story, the legendary hero Addam plays a central role (voiced by Yusuke Handa / Paul Thornley)! He is finally making his full debut in “Torna: The Golden Country!” Despite being fourth in line to ascend Torna’s throne, this “prince” makes up for his lack of decorum with a fiery personality!

We have the introductions for Malos here, Jin and Lora here, and Haze here.