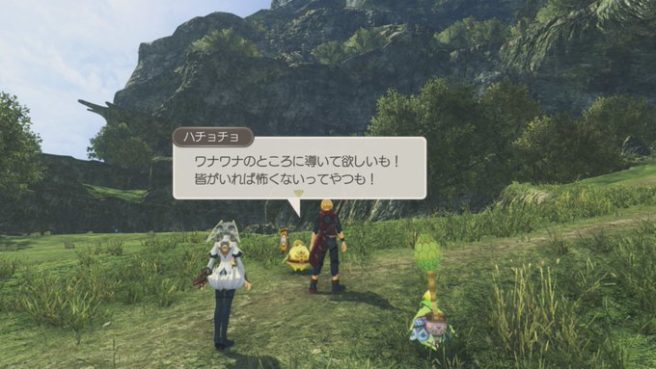 Xenoblade Chronicles: Definitive Edition has received another batch of details and screenshots. This time around, we have news concerning the Nopon Rangers, who appear in the game’s new Future Connected epilogue.

– Find these Nopon throughout the Bionis’ Shoulder
– They will ask for Shulk and Melia’s help with certain tasks
– By completing their requests, they’ll join your team in battle
– One request is from Nopon Ranger Hachocho, who asks Shulk to help find his lost charm that was dropped in the Nervus Graveyard when a monster startled him
– There is a Nopon Ranger Journal where you’ll be able to check out the profiles of all twelve Nopon Rangers
– The Nopon Rangers are split into three teams
– Teams are Red Team, Blue Team, and Yellow Team
– Each of the Nopon Rangers have their own specialty skill
– They also have personality types like “Passionate,” “Caring,” or “Cowardly,” which may come into play in battles
– From the team logos, it seems that each team has their own tendencies in battle as well, such as Red Team for fighting and Blue Team for healing