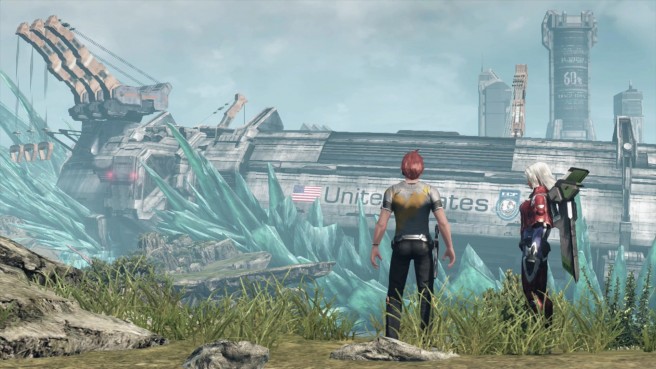 Xenoblade Chronicles X is finally coming to Japan next week. With the game’s release so close, Joshin Web was able to ask director Tetsuya Takahashi about the Wii U game. We’ve now translated a few notable quotes.

One question has Takahashi being asked about Xenoblade Chronicles X’s development. In turn, he discusses the challenges working on an HD title for the first time.

An open world is a single phrase, but it wasn’t a simple thing to realize. As you know, it was our first HD title. The environment for development was drastically different compared to anything we had done before when it comes to distributing resources or formulating workloads. You can’t expect things to get done in a day and it finally took form as a result of many adjustments. There were many hardships, but it was worth the trouble as the gameplay turned out to be pleasant, even if I say so myself!

Next, here’s what Takahashi said when asked about the biggest attraction in Xenoblade Chronicles X:

Although I said just a while ago that we focused on hack-and-slash, generally speaking it is fun to slay strong monsters to obtain equipment and Doll customization parts. You can’t buy things like unseen weapons and armor or new Dolls in usual shops. If you slay super strong enemies named Overed or World Enemies, you may obtain materials which are used for unique super rare items which you can’t get by other means. Those parts are extremely strong. If you obtain those items, please show them off to other players in loosely connected online!

Xenoblade Chronicles X will be available in Japan on April 29. North America is getting the RPG later this year.