FMV game Who Pressed Mute on Uncle Marcus? coming to Switch on March 18 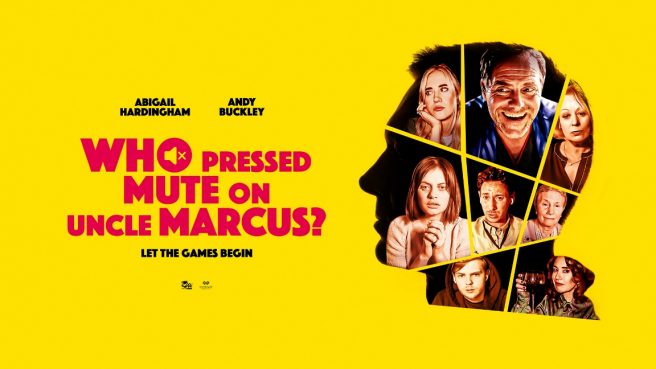 Wales Interactive has revealed FMV game Who Pressed Mute on Uncle Marcus? will be coming to Switch on March 18, with pre-orders available March 4. A summary of the title can be viewed below the break:

WHO PRESSED MUTE ON UNCLE MARCUS? is an eccentric FMV murder mystery with a twist: someone has poisoned Uncle Marcus. Uncover the truth in the yearly family quiz and try to save him before it is too late.

Every year, Abby’s mum has a family quiz on her birthday. It’s a long-held tradition, one that brings the whole rich and eccentric family together – and one that Abby dreads. But this year’s quiz comes with a shocking difference: as it’s about to begin, her beloved Uncle Marcus tells her that he’s dying – and someone in the family has poisoned him. Abby is the only one he can trust. You must find out who the murderer is before it is too late!

Shot in lockdown and filmed simultaneously in London and Los Angeles, this is from the studios behind The Complex, Five Dates, Night Book and Bloodshore, and stars Andy Buckley (The Office, Jurassic World) as Uncle Marcus, Abigail Hardingham (Nina Forever, The Missing), Susannah Doyle (Black Mirror, Drop The Dead Donkey, About A Boy), Robbie Kay (Once Upon a Time, Pinocchio), Georgia Small (Five Dates) and Al Weaver (The Complex).

And here’s a trailer for Who Pressed Mute on Uncle Marcus?:

Who Pressed Mute on Uncle Marcus? will be sold as a digital download on the Switch eShop.