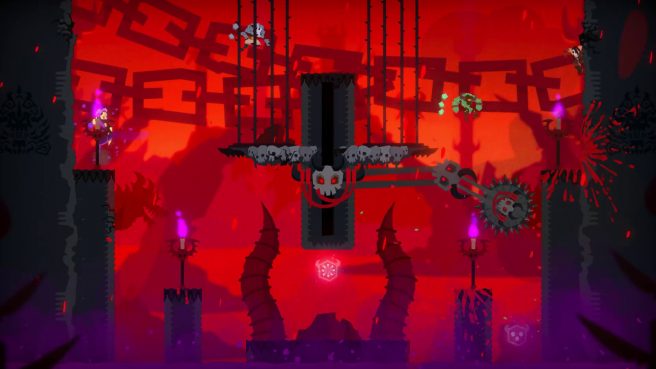 EleMetals: Death Metal Death Match, an action game developed by Wallride and published by RedDeer Games, is due to launch on Switch eShop this year. The game is designed with local multiplayer in mind, as players fight to survive the various obstacles thrown at them in one of the game’s many stages.

Here’s an overview and trailer of the game, courtesy of RedDeer Games:

KEEP YOUR SOUL ALIVE
Rush to return your soul to your corpse – though it gets more complex with each death! Don’t let your soul leave the Realm, or you’ll be kicked out of the arena.

UNIQUE DASH MECHANICS
Move in any direction, bend, or hover – Dash towards enemies to destroy them, dash into Shards to bounce them back, or dash past traps to avoid dying!