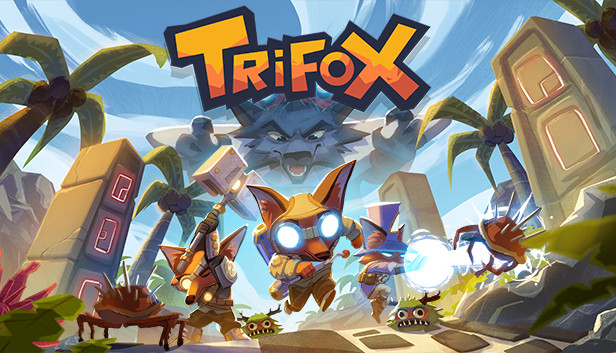 It has been some time since we last heard about Trifox, when it was confirmed last year that it would come to Switch. Today, developer Glowfish Interactive and publisher Big Sugar have revealed that the game will launch on Switch eShop on October 13 in a new trailer.

Learn more about Trifox and check out the new trailer below:

Trifox is a colourful and cartoonish action-adventure featuring a phenomenal fox with a multitude of talents! After his home is attacked and his TV remote stolen, Trifox sets out in pursuit of the mysterious looters in an action-packed adventure. Use magic, might, and marvelous gadgets to outfox foes across four danger-filled worlds as you fight your way to a final showdown at Villain HQ!

– Three different classes: Wield a giant hammer as a Warrior! Master magic and mystery as a Mage! Use a backpack full of gadgets as an Engineer!
– Mix-and-match styles: Customise your Trifox by combining different class-based abilities! Want to cast spells and fire a Gatling Gun? No problem!
– 30 abilities to unlock: Collect and spend coins to gain new skills, such as Spike Slam, Shield Bubble, Guided Missile, and many more!
– Four worlds to beat: Fight hordes of enemies, traverse platforming pitfalls, overcome environmental puzzles, and battle big angry bosses!
– A modern retro adventure: A new and fresh experience designed to evoke the spirit of classic 3D platformers!

Trifox will release digitally on Switch via the eShop on October 13.