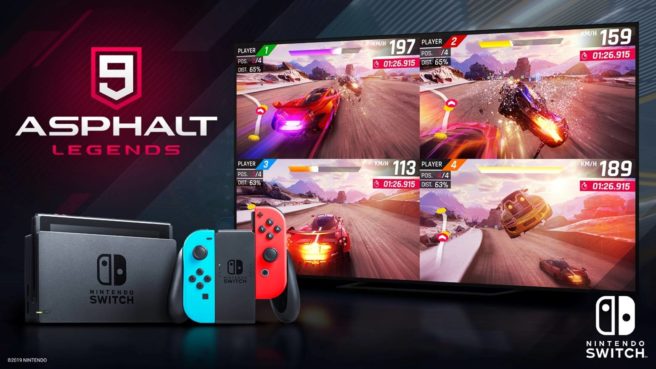 The racing title Asphalt 9: Legends has reached one million installs in its first week, Gameloft has announced.

Fans can download the game for free. However, a Starting Racer Pack can be purchased, which unlocks supercars and resources to boost progress and to challenge friends and family in split-screen multiplayer right away.

“This is an incredible moment for us. Bringing Asphalt 9: Legends to Nintendo Switch is something we wanted to do for a long time, as we are great fans of this platform. It has been a strong request from our community and it translates today with one million downloads in a week. We put all our craft into this new tailored version of our game to make it really fit this fantastic console. The sheer arcade fun that is Asphalt 9: Legends really shines, especially in the local splitscreen races with four players that the Nintendo Switch made possible.”

Gameloft says that Asphalt 9: Legends will be updated on Switch “with new content over time, including new cars and tracks.”