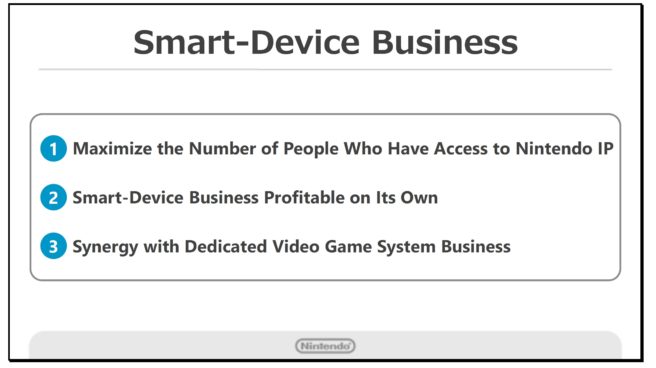 We have three main goals when it comes to our smart-device business. We aim to utilize smart devices as a platform to reach the maximum number of consumers with our IP. We also hope to grow the smart-device business into a pillar of revenue for Nintendo. Furthermore, we aim to generate synergy with our dedicated video game systems to maximize the potential of our overall business strategies. Just as Super Mario Run particularly contributes to expanding the reach of Nintendo IP, each application has different characteristics and goals with respect to these overall business aims. Rather than achieving each of these aims with a single application, we are striving to use multiple applications to achieve these goals for the business as a whole. 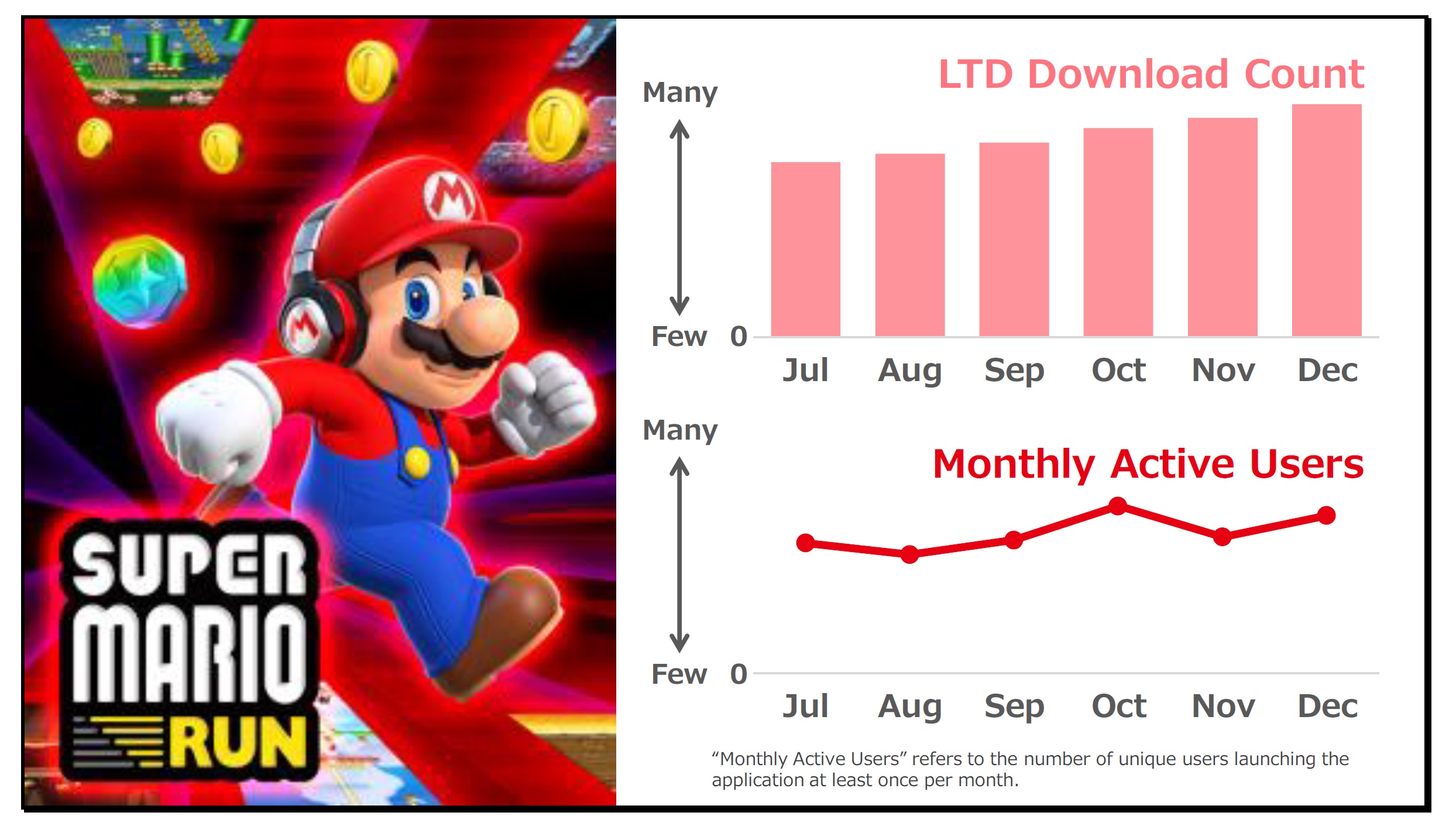 In September of last year, Super Mario Run received a major update, version 3.0. At the financial results briefing in October of last year, we reported that Super Mario Run had achieved 200 million total downloads, and the number of downloads has continued to increase since then. We are maintaining a base of approximately 20 million monthly active users. This game helps to maximize the number of people who have access to Nintendo IP by providing a Mario game that a wide variety of users around the world can enjoy. 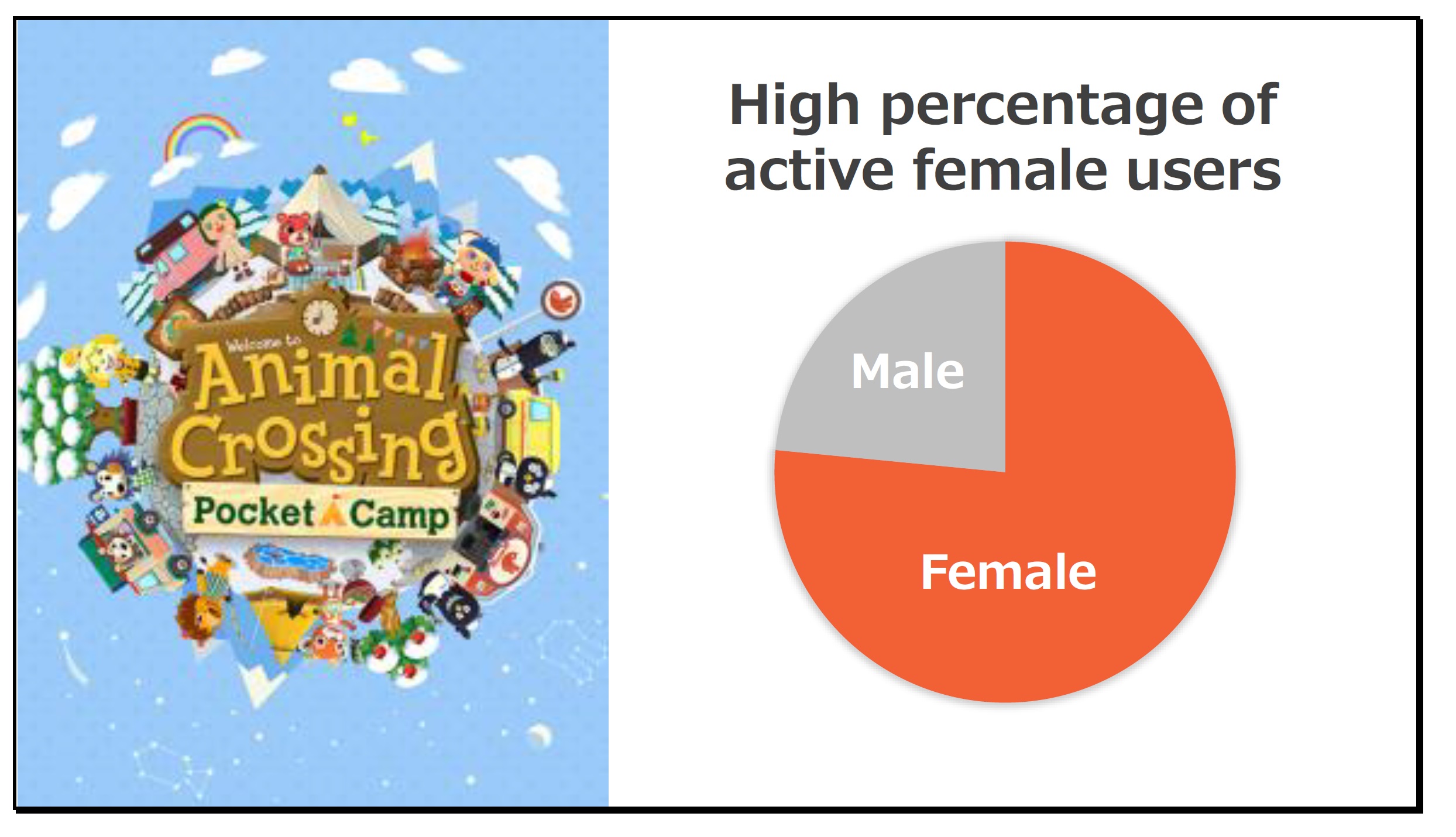 Animal Crossing: Pocket Camp was released in October of last year, and female players make up a high percentage of the user base, with the majority of these female users being adults. This title sparked interest among many female consumers to pick up this smart-device application. Through continuous updates to add game content and hold weekly events, we aim to create a service that consumers can play daily, and that simultaneously contributes financially. 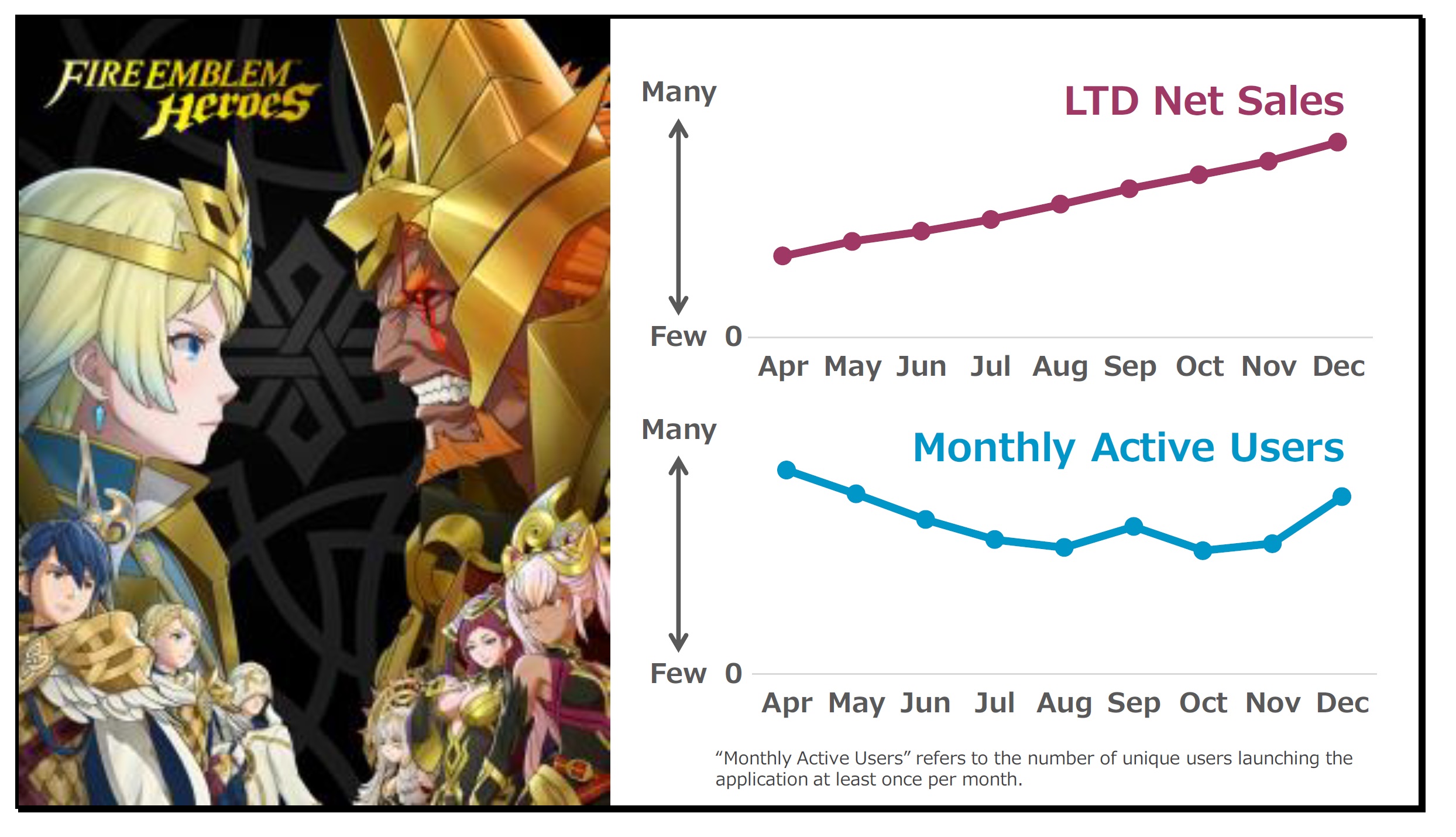 In November of last year, Fire Emblem Heroes received a major update, version 2.0, enabling us to maintain and grow the number of active users. We are also seeing continuous growth in terms of net sales. Tomorrow, February 2, is the one-year anniversary of the application’s release. We are working on a variety of future initiatives for users to enjoy, including a special campaign celebrating the application’s anniversary. We are also planning TV commercials.