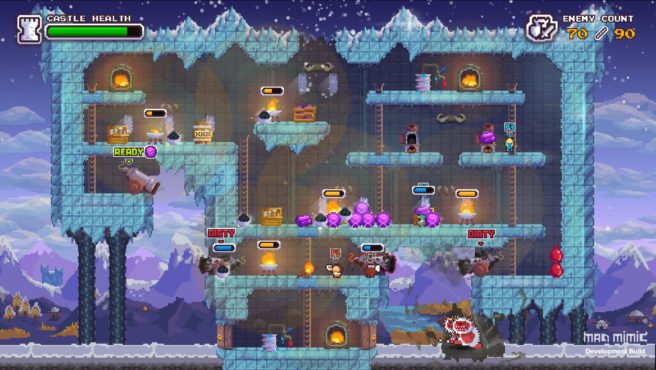 Mad Mimic Interactive has announced that the 2D castle defense game No Heroes Here is coming to Switch.

No Heroes Here features a single-player mode, co-op support with up to four players, and crafting and platform elements. Below is a quick rundown of the premise:

The Kingdom of Noobland is at war and its heroes are gone. With the death of the last hero, it’s up to the non-heroes to save the Kingdom! Teamwork is key as players must cooperate to craft ammunition, load cannons, and fire upon hordes of enemies to defend castles all across the land. The frantic co-op play is the kind of experience that either builds friendships or crushes them!

No Heroes Here is coming to Switch in Q1 2018. View a trailer for the game below.