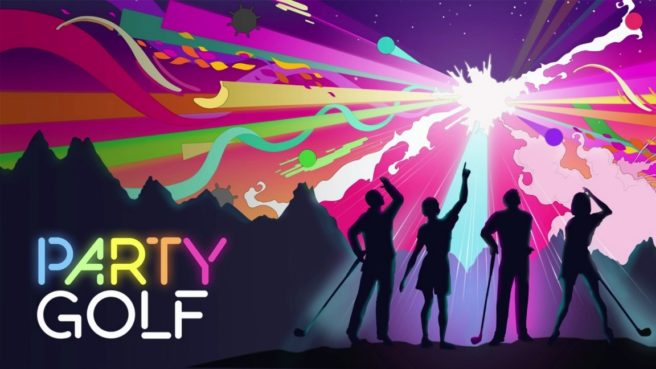 Party Golf could be coming to the Switch eShop this month. If a listing on the store is accurate, the game is scheduled for October 19 in North America.

Tee off simultaneously to a psychedelic 2D world, with satisfyingly simple physics, except it’s a frenetic free-for-all to get in the hole. It’s instant fun with endless variety; there are trillions of gameplay combinations, from giant banana balls to turbo power-ups. This spontaneous couch party may drive a wedge between friends, but have everyone shouting “just one more round!”

– 4-player local-multiplayer and even 8-player matches with everyone using their own Joy-Con
– over 100 included game modes, and you can make your own with our super powerful gameplay customisation system
– procedurally generated terrains so you’ll never play the same hole twice
– over 10 different powerups to suit any play style
– … and crazy powerups, night golf, checkpoints, elimination modes, rat-king… the number of ways to play is practically endless!

Party Golf will cost $15 on Switch. The title takes up 1.2GB of space. We’ve included a trailer below.