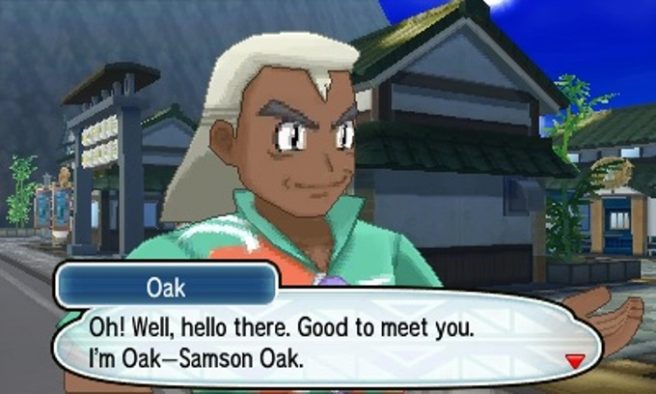 The Pokemon Company now has an official English update about Professor Oak’s cousin in Sun/Moon. The character will go by the name Samson Oak.

“Samson Oak does research on the regional variants that have taken root in the Alola region. He’s a cousin of the Professor Oak—the famous authority on Pokémon research in the Kanto region. The two could practically be twins!”