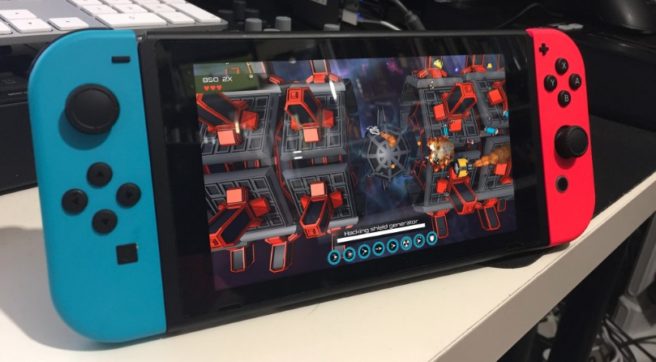 Xiotex Studios has confirmed to Kotaku that its shooter Promethium is heading to Switch. The PC version will be out on August 18, and it will be making its way to the eShop soon after. Developer Atkinson-Jones is a registered Switch developer, but is currently working through some of Nintendo’s internal developer processes.

Here’s some additional information about Promethium:

The Promethium armada is headed to Earth, leaving a toxic trail of destruction in its wake. Commander Braybrook, it is your mission to take up the experimental deep space fighter and stop the armada before it reaches us – YOU ARE OUR ONLY HOPE!

INSPIRED BY C64 AND ARCADE CLASSICS

Inspired by classic Commodore 64 and arcade games, Promethium is a hard-as-nails retro inspired side-scrolling shoot-em-up that takes place over numerous levels that get harder and harder. If you’re after a nice calm casual game, this isn’t it!