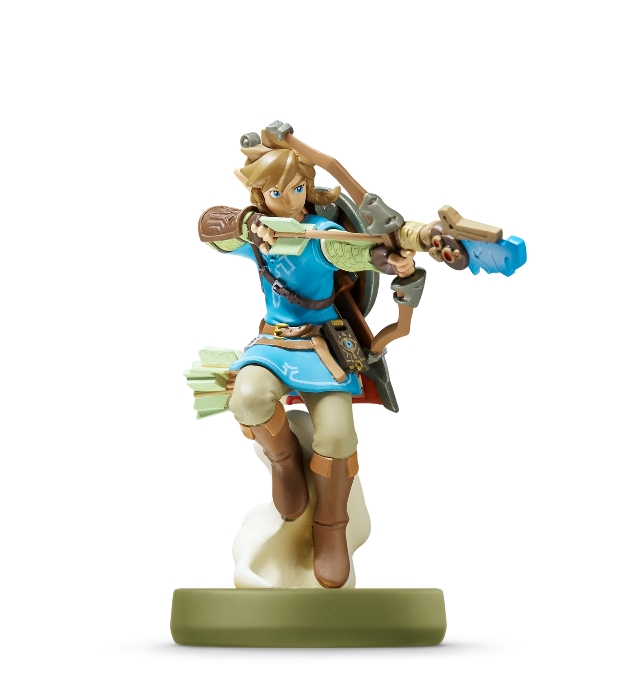 he game also includes compatibility with amiibo, which are sold separately. Nintendo announced a new series of amiibo figures specific to the game that includes Link with a bow (“Archer”), Link on horseback (“Rider”), and a “Guardian” that is the first amiibo with flexible parts. The existing Wolf Link amiibo works with the game as well: When players tap a Wolf Link amiibo to the Wii U GamePad controller, Wolf Link will attack enemies on his own and help players to hunt. He has three hearts, unless players carry over save data from The Legend of Zelda: Twilight Princess HD. Wolf Link disappears when his hearts run out.