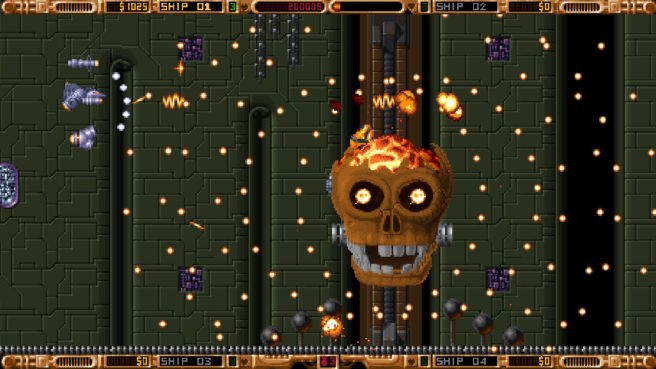 1993 Shenandoah is a shoot ’em up game that started development back in 1992. Now more than 20 years later, the project has been completely finished, and will arrive on Switch in just a few days.

1993 Shenandoah is Krister Karlsson’s legacy to the gaming world, a project that began in 1992 but one that is now launching on Nintendo Switch, just a tad bit later and on an entirely modern day gaming platform than originally planned.

1993 was the year that 1993 Shenandoah was supposed to be released, but teenage drama split the youthful team apart and the game never saw the light of day until some 20 years later.

Fast forward to 2015 when Krister gathered a motley crew of less youthful people to convert the original game to a more modern game engine, but still only using the original graphics, sound, and effects from the Amiga production.

Now a few years later, 1993 Shenandoah is available on the Nintendo Switch, a console that is perfect for side-scrolling shoot’em ups, and a place the game can truly call home. Back in the day games were played with joysticks and today’s joypads actually work even better with the shoot’em up genre.

4 Player Couch CO-OP
Up to 4 simultaneous players, many many levels, pixel graphics from 1993 and everything needed to take you back in time, when games were sold on a floppy disc, social media wasn’t invented and people used phones for calling each other.

1993 Shenandoah will launch digitally for Switch on July 9. We have a trailer for the game below.