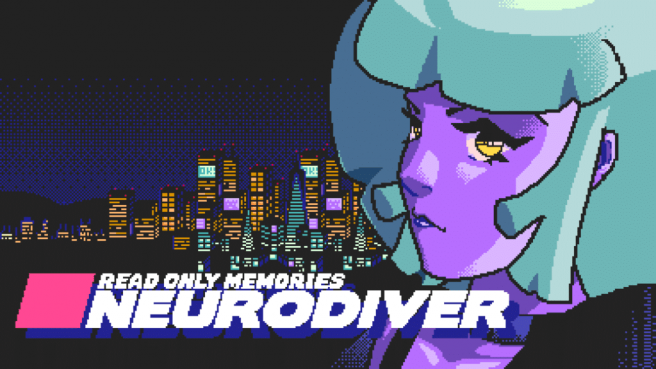 Here’s an overview of Read Only Memories: Neurodiver:

Take on the role of ES88, a telepath with the ability to delve into memories employed by MINERVA, a powerful organization specializing in neurotechnology and extrasensory projection phenomena. Tasked with tracking down the Golden Butterfly, a naturally gifted psychic on the loose and wreaking havoc through the subconscious minds of Neo-San Francisco, by using the Neurodiver to search the memories in which it hides. Read Only Memories: NEURODIVER’s Deep Dive mechanic enables ES88 to identify, manipulate, and unlock information, though overuse can irreparably corrupt her target’s memory.

Neurodiver will introduce new characters, locations, and mechanics, including the ability to dive into and change other characters’ memories, as well as overhauled art and an unsolved case to crack with multiple endings.

– Play as new character ES88, a gifted esper with the ability to delve into memories.
– Explore, manipulate and even unlock the memories of others.
– Visit new locations and meet new friends in Neo-San Francisco.
– See familiar faces like Jess Meas, Lexi Rivers, TOMCAT, and more.
– An updated dynamic and colorful art style.
– Retro-inspired FM music by Scarlet Moon artist, coda.
– Even more anime than before!

Watch a trailer for Read Only Memories: Neurodiver below.