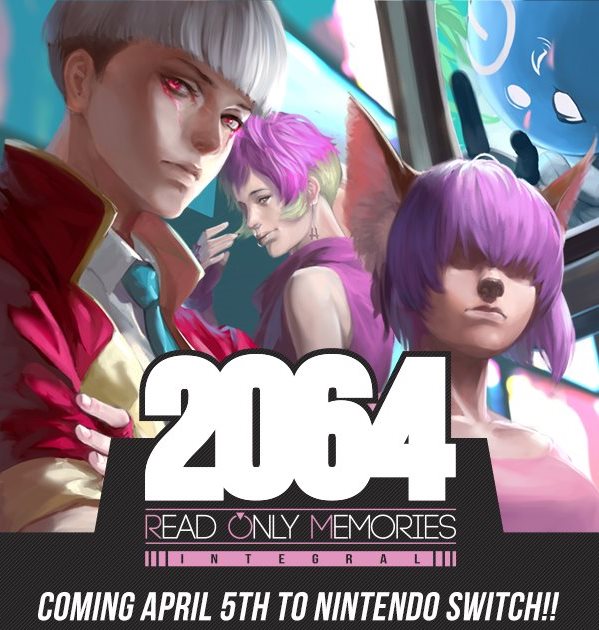 2064: Read Only Memories Integral finally has a release date. Announced on Twitter today, the game launches via the Switch eShop on April 5.

Only a digital release is planned for the time being. However, MidBoss hasn’t ruled out a physical version through Limited Run Games in the past.

2064: Read Only Memories Integral, “retrofuturistic take on the point-and-click adventure genre”, will feature a bunch of fun extras like trailers, art, music, and more in a special bonus “zome”. The game will cost $20.64 – keeping in line with its title.