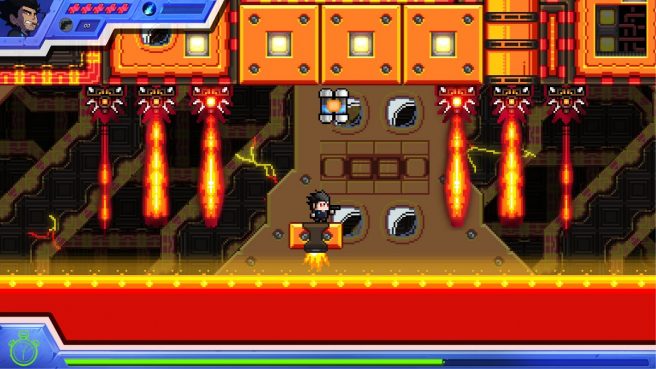 Publisher PixelHeart, along with Statera Studio, have announced that Guns N’ Runs is in the works for Switch. The game will be available in Q4 2022.

Guns N’ Runs is a 2D platformer with action and shooting gameplay. We have more information about it below.

In Guns N’ Runs, you take control of 8 skillful members of the Conspiracy Squad, in a stylish platform game, action and shooter, totally drawn by hand in pixel art, where time is the primordial factor at the battle against a prodigy technopath and his army of robots.

Help our protagonists in the invasion of a bunker in the middle of the Atacama desert, in a capture and rescue mission full of challenges and dangers. Made for one player, with over 200 challenges, 23 bosses and focused on the individual narrative of each of the squad members.

The controls are simple and accessible – you can jump, shoot, dash and use the special – but make no mistake! The game possesses layers of difficulty that require a greater depth of skills to advance to the next levels. In this game, you will learn a new lesson with each death.

Use a variety of weapons, protect yourself with a shield, recover your dash to utilize it in sequence, destroy some enemies with a strengthened dash (if you found) and enjoy every second of the game with an original soundtrack that will leave you excited with each new stage.

The limited edition can be pre-ordered through PixelHeart here. Those looking for a simple North American copy can pre-order the game here at VGNYSoft.