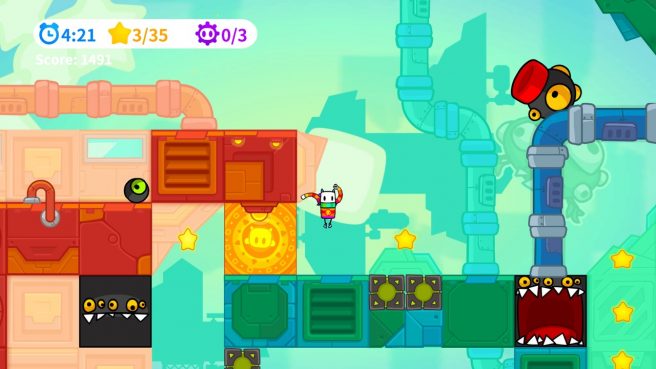 ChiliDog Interactive is bringing the 2D platformer Cattch to Switch this week, according to an eShop listing. It’s slated for release on January 22.

Amazing! You’ve finally found something you really needed! Colourful and enthralling platform game with the bold anthropomorphic animal as protagonist! Meet the Cattch!

Cattch is the cat with a classy jersey! He acts just like you, and when he gets to chill he loves to spend his time watching TV. But he won’t stay out of trouble when things go south and his friends are attacked by villains.

Embark on an epic and dangerous journey accompanied by dexterity, agility and keen mind. If you don’t have any of those, it’s not a big deal, because Cattch will surely help you to catch up!

Cattch will cost $6.99 on the Switch eShop. If you’re interested in the game, you can pre-order it now.