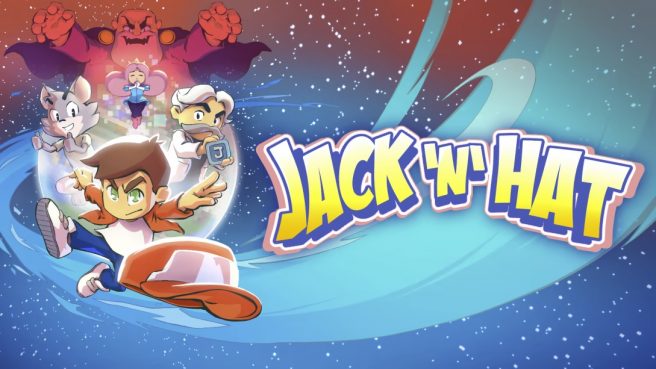 Publisher 2Awesome Studio and developer Cross Game Studio today announced that Jack ‘n’ Hat, a 2D platformer, is reaching Switch this week. Those that are interested can pick it up starting on January 21.

Jack ‘n’ Hat is a retro inspired 2D platformer featuring Jack, the famous “jack-of-all-trades” repairman on a quest to save princess Riri from Dr. Voo Doom and bring peace to Ririland!

Jump and slide your way through deserts, jungles, volcanoes – and battle devious enemies and dangerous bosses!

Armed with the latest invention of the brilliant Dr. Expo Zicion, a hat that can be thrown like a boomerang, Jack has to travel the planet searching for Energy Crystals, the only power source that will allow him to travel to the moon and put an end to Dr. Voo Doom’s plans for world domination!