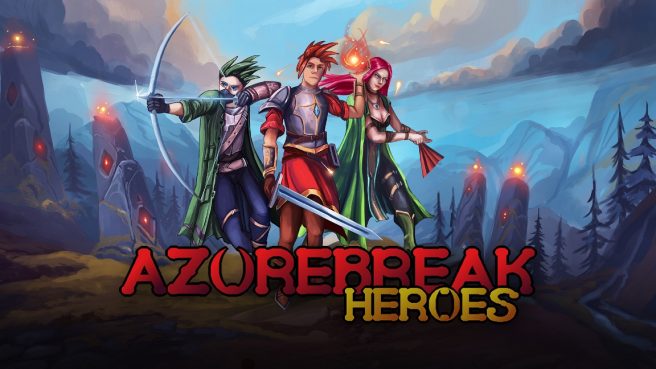 Silesia Games is bringing Piotr Powroziewicz’s 2D RPG Azurebreak Heroes to Switch, according to an eShop listing. The game’s release is planned for November 19.

We have the following overview and trailer for Azurebreak Heroes:

Delve through dark caves, mystic temples, strange woods and other mysterious areas in a colorful world of Heldia in this 2D RPG with roguelite and permanent progression elements.

Through the bizarre, colorful, yet dark areas of Heldia, Heroes look for a way to escape a demonic grasp.

Azurebreak Heroes is a 2D RPG with roguelite elements. Battle otherworldly creatures, enhance your skills, unlock new heroes and choose the upgrades you want while looking for a way to escape a prison-world of Heldia.

– 6 playable heroes, each with its own skill tree and perks!

– Create builds by choosing artifacts you want! All of the artifacts synergize with each other.

Azurebreak Heroes will cost $6.99 on the Switch eShop. It can be pre-ordered now.