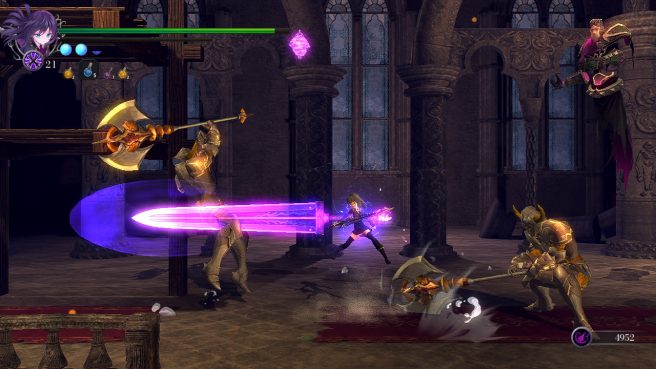 Orange Popcorn will be putting its action adventure game HunterX on Switch this month, the studio has announced. A specific date hasn’t been shared, but expect it by the end of July.

Here’s an official overview with more details about the game:

“On the night of the deep purple moon, a girl who appears to be an ordinary teenager goes out for another devil hunt. While chasing her prey, she comes across a crack that leads to another world, and the adventure of her destiny begins.”

HunterX is an action-adventure game full of spirited battles. Use various styles of weapons and magic to experience your own fighting style and explore a great world.

Explore and make your own route through a large, organically connected world! Your teammates are waiting for you in a world of riddles and terrible devils.

Create your own personal fighting style with combos, dodging, guarding, parrying, and more! Help your character grow in your own way with parameter-based growth and a skill board!

Figure out your opponent’s unique characteristics and conquer devils and bosses! Over 170 types of items to collect, including different kinds of weapons, the forbidden Occult magic, and more.

Have a look at a trailer for HunterX below.