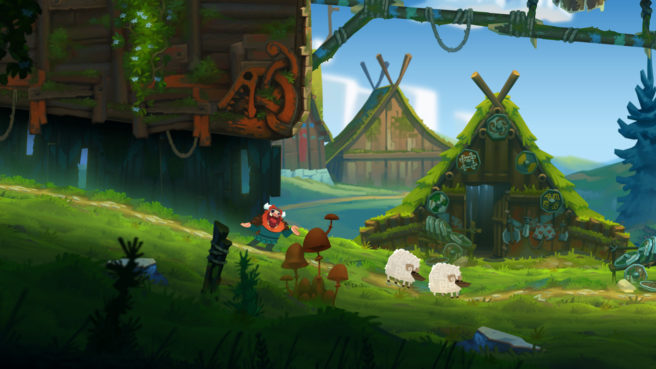 MobGe has announced that the action-adventure platformer Oddmar is launching soon on Switch. Originally released in 2018, the game will now hit the eShop on February 20.

Here’s an overview of Oddmar:

Oddmar is an original action-adventure platformer inspired by Vikings and Norse mythology from Senri, the team behind the critically acclaimed Leo’s Fortune, and developer MobGe. Play as Oddmar, a Viking warrior given special powers by a magical mushroom. Explore mystical forests, snowy mountains, and treacherous mines on a quest to prove yourself to your people and earn a place in Valhalla.