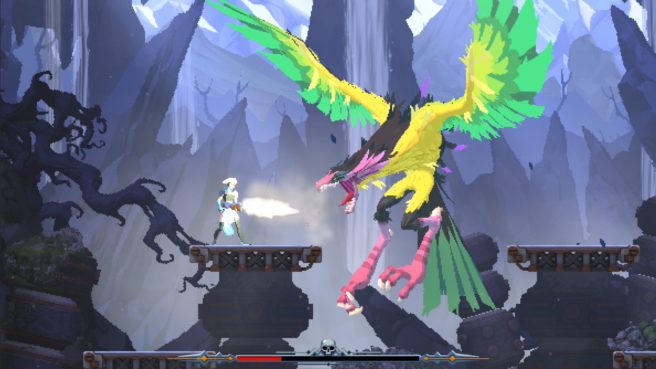 Big Blue Bubble announced today that it will publish its action-platformer Forgone on Switch. It’s quite a ways out, but an October 5 release date has already been confirmed.

Foregone has players take on the role of the city of Calagan’s strongest Arbiter, tasked with investigating the sudden resurgence of an all-corrupting force known as the Harrow. The Arbiter will destroy legions of enemies, battle formidable bosses, and collect a wide array of upgradeable loot as she embarks on a twisted journey to unravel the haunting truth behind the Harrow. The intense, combat-focused title features fluid pixel artwork, combining old-school visual influences with modern 3D animation technology.

View a trailer for Foregone below.