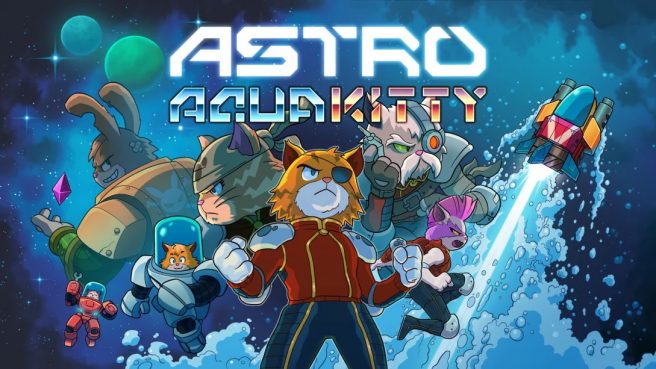 Tikipod previously brought Iron Crypticle, Rock Boshers DX: Director’s Cut, and Aqua Kitty UDX to Switch. It’s now been confirmed that the developer’s next game is bound for the console, and very soon at that.

Tikipod is just about ready to debut Astro Aqua Kitty, its new action RPG shoot-em-up adventure. The title is slated for April 8 on the eShop.

The Aqua Kitty cats have launched into space in an all new action RPG shoot-em-up adventure!

Just watch out for marauding pirate rabbits, always trying to be first to the loot!

Astro Aqua Kitty will cost $14.99 on Switch. If you’re interested in the game, you can place a pre-order on the eShop.