Ancient toying around with the idea of Gotta Protectors on Switch 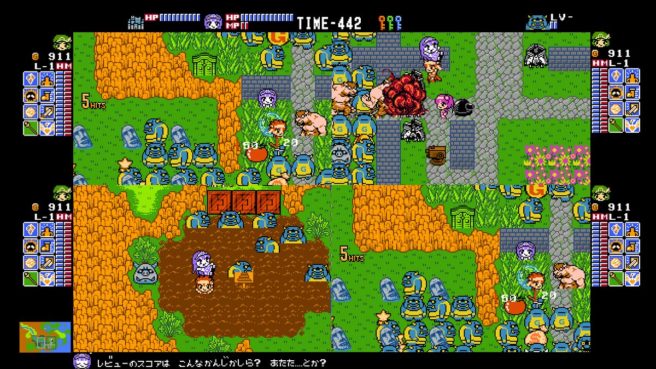 Ancient posted a couple of tweets today showing some interest in a Switch version of Gotta Protectors. The game last released on 3DS as a hybrid of action and real-time strategy gameplay.

If Gotta Protectors were to come to Switch, the company wondered how the screen design would look like, so the team tried making a very rough design. Ancient thought what four-player split-screen would look like, but the individual screen for each player would be too small. The pixels are currently twice the usual size. If it was changed to about 1.3 times, it should be able to fit quite well, but the pixels would look off.

Note that Ancient doesn’t have Gotta Protectors running on Switch or anything along those lines. They are just testing things to fit on a 16:9 screen.