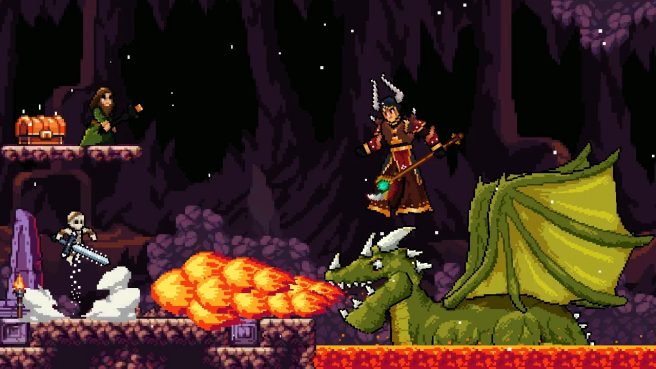 Apple Knight is making its way to Switch next week, an eShop listing reveals. Limitless, the game’s developer, will have the new port ready to go on September 9.

Apple Knight first debuted on mobile where it has had a pretty popular run. The game is an action platformer with with 40 stages including four boss fights. Players will explore vast levels filled with secrets, quests, and loot while fighting through hordes of evil wizards, knights, and creatures (if that wasn’t enough, traps can be used as another tactic to take out enemies). It’s also possible to customize character skins, weapons and abilities. The mobile version contains “Endless Adventure” in which players can go through endless random levels and get their high score on a leaderboard, though it’s unclear if this will be in the Switch version. We do at least know that now you can use proper button controls.

For a look at Apple Knight in action ahead of its Switch launch, check out the following trailer:

Apple Knight is currently up for pre-order on the Switch eShop. The title will normally cost $9.99, though you can currently get it for $7.99. English will be the only included language support.