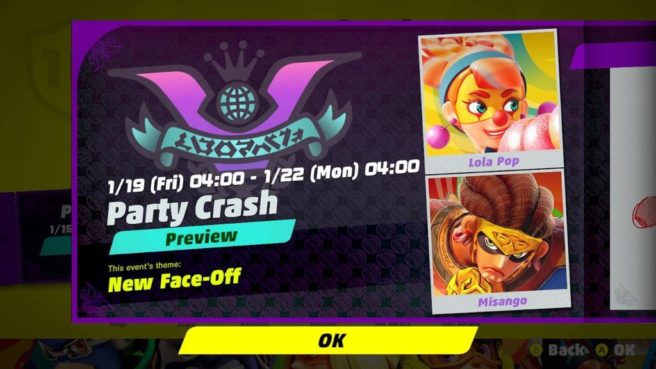 Another Party Crash event will soon be taking place in ARMS. Lola Pop and Misango will be going head to head between January 19 and January 22. This time around, the theme is “New Face-Off”.

If you haven’t heard about Party Crash previously, they temporarily take over the regular Party Match mode. ARMS players can then join in on some fast-paced fights and earn points to raise their Lab Level. When Party Crash ends, everyone who participates will gain in-game currency and badges depending on what Lab Level they reached.