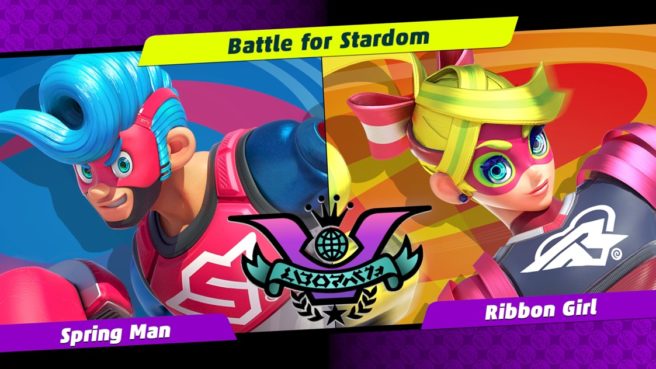 Nintendo is bringing back its ARMS Party Crash event, which is being held to help determine who is the game’s top star.

Starting April 2 at 11 PM PT / April 3 at 2 AM ET, Spring Man and Ribbon Girl will duke it out and only one will move on. The name of this particular battle is dubbed “Battle for Stardom”.