Ayo the Clown arrives on Switch this month 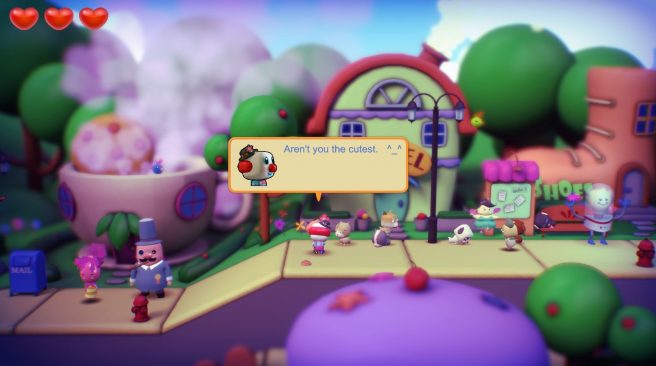 Ayo the Clown, a 2.5D platformer announced for Switch earlier this year, has secured its final release date. Cloud M1 announced today that the game is on track for a July 28 release.

Here’s an overview of Ayo the Clown, along with a trailer:

With Ayo the Clown, we’d like to reintroduce you to the incredibly fun platformer games of the ‘90s where platforming meets an inspiring and memorable story. Everybody will love Ayo the Clown’s unique and charming art style so expect the unexpected as this clown takes you through a world of pure imagination.

In Ayo’s hometown, things are generally peaceful. Accompanied by his talented circus dog, Bo, Ayo juggles in the park, hangs out at the carnival and longs after the Shoemaker’s granddaughter. Until one day, Bo goes missing!

You play as Ayo, your not-so-average clown, in search of his best friend and beloved dog who has mysteriously disappeared. What happened to Bo? Will they ever juggle together at the park again? Or set up that circus act they’ve always planned? You’ll find out along this incredible adventure as you strive to reunite clown and dog. Like all good adventures, you won’t be all on your own. Ayo’s world is full of friendly people and interesting creatures that are willing to lend a helping hand.

– Unique Platforms- The most important part of any platform game. Each stage has a unique theme and interesting platforms to ensure gaming is fun and not repetitive because Ayo is not the kind of clown to make the same old jokes over and over again. His jokes get better each time.
– Huge Bosses and loads of enemies- Take on bosses bigger than life itself and prove that clowns are much tougher than they seem. Don’t be fooled by Ayo’s sweet demeanor!
– Weapons – Tanks, helicopters, dinosaurs, toy hammers, balloon swords, water balloons, you name it. They can help uncover hidden places, extinguish fire, defeat enemies, prank your friends…etc.
– Skills- Head stomps, wall jumps, slope slides, and many more, Ayo sure has a lot of tricks up his sleeve.
Side Quests- There’s plenty of side quests you can take on in Town or along your journey, so be prepared for some surprising rewards.
– Collectibles- Can you find and collect all the hidden items throughout the game? Rubber chicken and fart bag anyone?

Ayo the Clown will be sold digitally for Switch via the eShop.