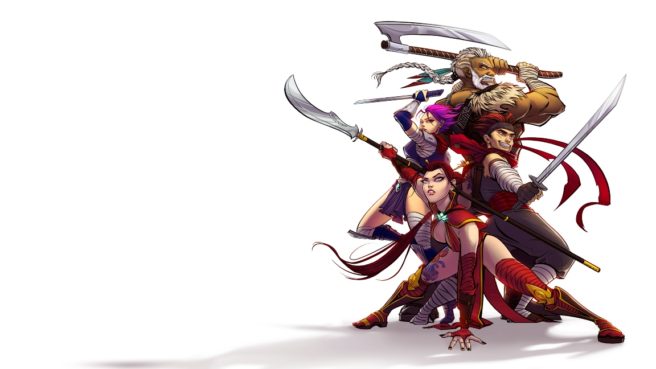 Polish studio Mass Creation has announced that Shing!, a beat ’em up action game, is in the works for Switch. We’ll be seeing it sometime in Q1 2020.

Here’s an overview of Shing!:

Take control of four Yokai hunters – deadly warriors tasked with defending the realm from a sudden onslaught of mythical beasts. While trying to recover the legendary Starseed, they will trek through crowded cities bathed in neon light, ash-covered ruins of ancient civilizations, noxious swamps covered in mist and many other exotic locations.

Band together in 4 player local and on-line co-op to slice up a horde of bloodthirsty demons, overcome epic bosses and master the most exciting and immersive beat-em-up combat system ever!