Big Crown: Showdown making its way to Switch in December 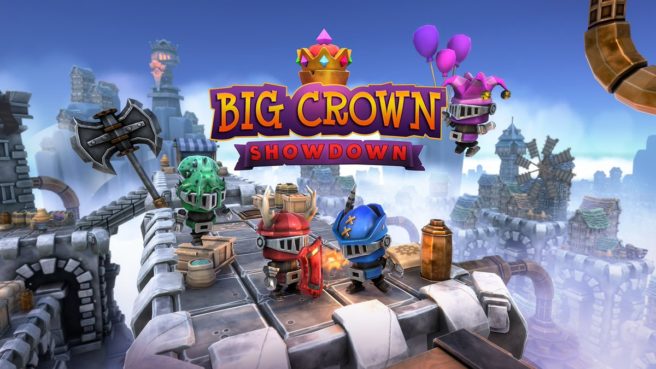 Hyper Luminal is bringing Big Crown: Showdown to Switch, the developer is announced today. A release is planned for December 14 in both North America and Europe.

Big Crown: Showdown features “4-player local and online multiplayer combat, set over 3 wacky worlds full of medieval shenanigans.” We have more details and a trailer below.

Compete for the crown in chaotic local and online multiplayer combat, and avoid the perilous pitfalls of Kasseltoon, Zoggysands and Shivershire in a fight to the finish that will leave the whole family howling with laughter! Bash your way to victory, use tricks and traps to send your opponents flying off-course, and unlock crazy new hats to flaunt your fashion sense!