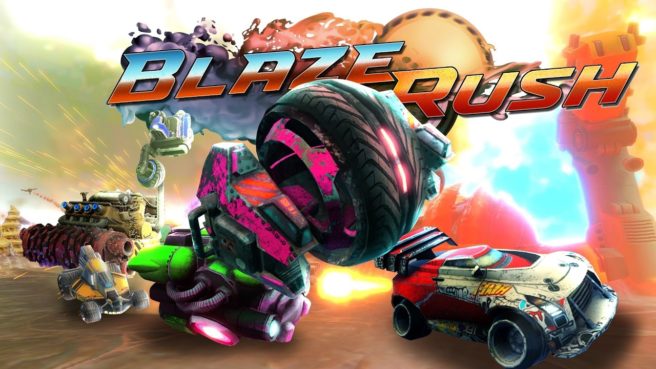 Original: Targem Games is bringing its arcade racing survival title to Switch, the company has confirmed. A release date has not yet been announced.

Welcome to the world of racing and frantic fun!
BlazeRush is a dynamic arcade racing survival game with no health, no levelling and no brakes!
You can assemble a team of friends to play in local or online multiplayer, choose a car to your taste and chase, blow up and cut off!
Adapt your style and tactics to new enemies, obstacles and tracks.

*Simple multiplayer. Up to 4 players locally and up to 8 players over the Internet;
*Couch vs. couch. Start races with local players;
*Connect to the game at any time;
*Dozens of fun tracks on three planets, 16 cars and a variety of cool guns;
*Lots of medals for various tricks and antics.

BlazeRush will be released on Switch via the eShop.