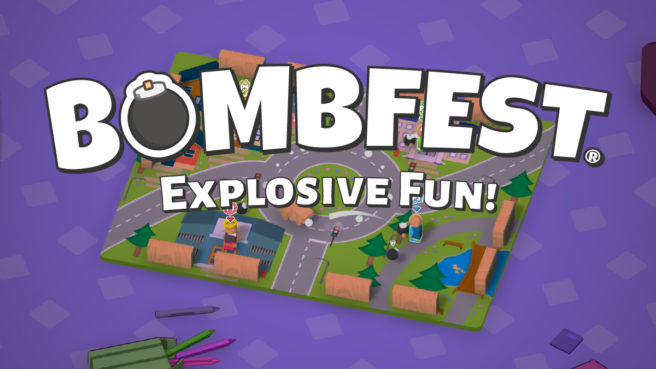 Bombfest is soon making its way to Switch. That’s according to a listing on the eShop, which lists a January 31 release date.

We have the following overview and trailer for the party game:

Blow the competition to bits, and be the last toy standing!

A Physics-based party game for you and up to three friends!

BOMBFEST is an award-winning party game for you and up to three friends! Battle in wooden forts, on folding chairs, and inside the kitchen sink as you attempt to be the last player standing. Use bombs to eliminate your foes, but don’t get caught in a chain reaction of explosions!

Featuring accessible controls, a whimsical art style, and chaotic physics, BOMBFEST is fun for all ages and skill levels. Unlock new levels, bombs, characters, and outfits as you blow up both enemy and friend alike. Don’t have three friends nearby? No problem! Our handy dandy toy AI will give you a run for your money!

4 player local multiplayer for friendly battles or settling grudges!
10 unique bombs for blowing away the competition!
12 hand-crafted stages for you to duke it out on!
Plenty of options and modifiers to customize your experience!
Unlock new bombs, stages, characters, and more as you play!

Pricing for Bombfest is set at $19.99 on the Switch eShop.