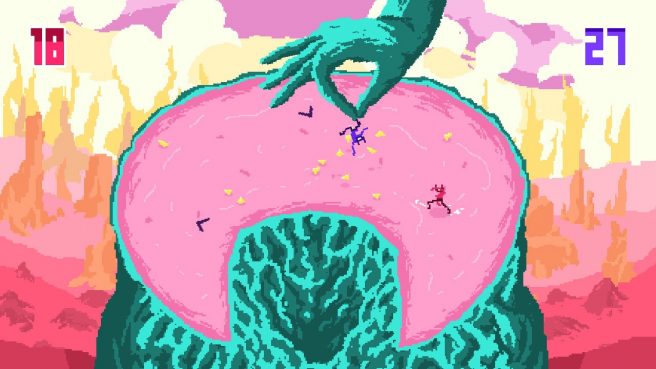 The boomerang fighting game Bamerang will be appearing on Switch next week, according to an eShop listing. It’s currently expected on April 22.

We have the following overview and trailer straight from Lululu Entertainment:

A fast paced boomerang fighting game for two to four players. Fight for the favor of the goddess in an outlandish, colorful world in this local multiplayer game.

Master the flight curve of the boomerang to hit your friends in unexpected ways and send them flying off the stage. Fight on a rising platform that changes its form after every round.

Bamerang will cost $6.99 on the Switch eShop. By pre-ordering, the price will lower slightly to $5.87.