Posted on September 8, 2021 by Ervin in News, Switch eShop 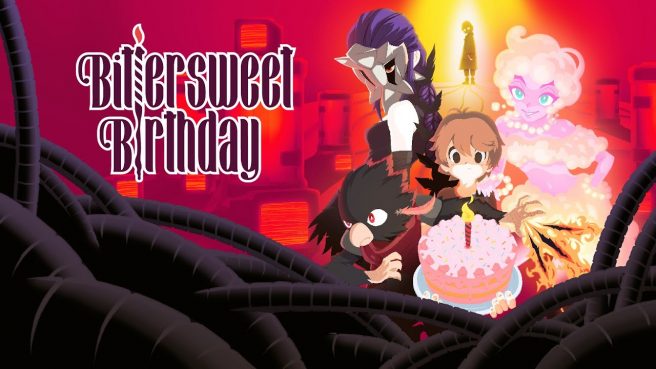 After a successful Indiegogo campaign, developer World Eater Games and publisher Pineapple Works have announced that bullet-hell combat adventure-exploration game Bittersweet Birthday is scheduled to arrive on Switch during Q4 2022. Here’s an overview for the title along with a trailer:

Bittersweet Birthday is a unique mix of challenging, half bullet-hell combat, half adventure-exploration game where every encounter is a unique fight, all on a stunning pixel art canvas. Players need to uncover the silent protagonist’s mysterious origin story, guided only by a strange voice from nowhere and quirky companions inhabiting an unknown world.

The game shares many similarities in general tone and design with games like Undertale, Deltarune and the Zero Escape series.

More information on Bittersweet Birthday, including teasers for upcoming content, further details on game mechanics & story, and videos of gameplay can be found on its Indiegogo page.

Bittersweet Birthday is currently scheduled to arrive digitally on the Switch eShop during Q4 2022.