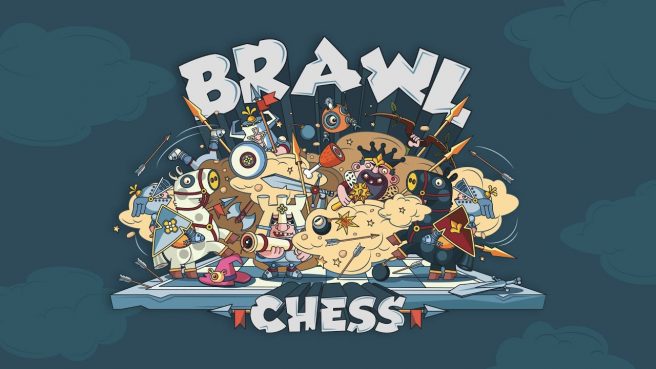 RedDeerGames has announced that it’s teaming up with animation studio Platige Image on Brawl Chess, a cartoon-style chess game. A release is scheduled for November 26 on Switch.

Here’s an overview of Brawl Chess, along with a trailer:

Compete with family and friends in the most epic chess game ever made!

Are you ready to become a champion? Choose your hero and challenge other players in this family-friendly game with a lively cartoon style. Train your brain and bond with your loved ones at the same time.

In this fantasy world, one of brave heroes leads your chess army to victory. Choose between a mysterious fairy, a dangerous dwarf, a clever elf, a brave prince, and many more.

Cartoon visuals make the game accessible to everyone. What’s going on there! Arrows fly above heads and swords break in the heat of battle. Or maybe you prefer classic chess? You can always change your pieces to traditional ones.

Brawl Chess connects generations in a multiplayer, but a single player will also appeal to players of all ages. There are 5 levels of difficulty. The first is great for children to learn. The fifth is suited for chess veterans who are looking for a serious challenge.

Local Multiplayer: Your family will absolutely love this version of chess. Do you fancy a happy competition between parents and children? It is possible. Invite grandparents too, they certainly know the rules.

Kids-Friendly: It’s a game for the whole family, easy to learn and cheerful. Play it regardless of age. Thanks to the vibrant cartoon style, children will also join the fun.

Brain Training: But in a fun way! Brawl Chess looks modern while still being one of the oldest and most popular games in the world with all its advantages. It increases IQ, improves arithmetic skills, teaches analytical and critical thinking. Train to use both hemispheres of your brain.

Creativity Boost: The fun doesn’t have to end after turning off the console. When the father plays as a ghost, and the son plays as a prince, they can perform scenes with these characters after the chess game ends.

Brawl Chess will be sold digitally for Switch via the eShop.