Collidalot coming to Switch this year 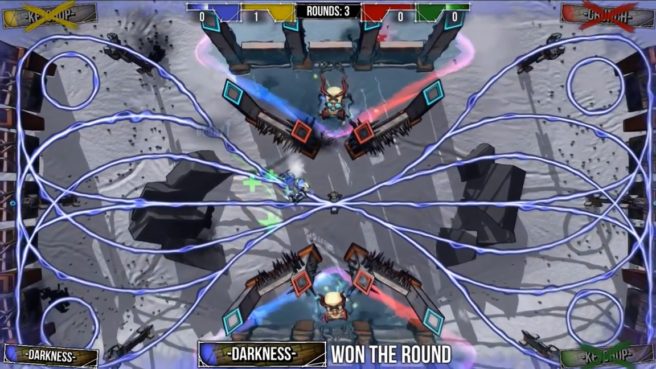 Grunka Munka Games has announced Collidalot, a competitive game about knocking your opponents off screen and painting the rails while you grind. It supports up to four players.

We have the following overview and trailer for Collidalot:

Destruction derby like never before. Full speed. Four players. Grab your friends and see who can survive.

All that is left are jet engines, gravity rails, and the thrill of winning. Slam your friends out of the ring or use the map itself to get the best of them. Take the lead by knocking everyone else off screen or capture the map by painting the rails while you grind. With 4-players, Collidalot proves there are truly no friends in the wasteland.

Collidalot will arrive on Switch later this year.