Convoy: A Tactical Roguelike due out for Switch in April 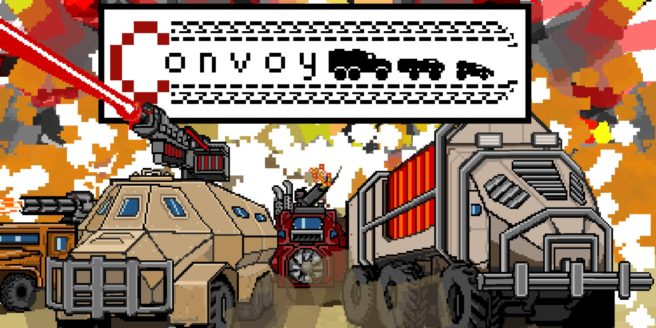 Triangle Studios announced today that Convoy: A Tactical Roguelike is coming soon to Switch. It will launch on April 8, and will be sold on the eShop.

Here’s an overview of Convoy: A Tactical Roguelike, along with a trailer:

This Mad Max and FTL inspired roguelike has the player looking for scrap parts to fix their spaceship after having crash-landed on a desert planet. While dealing with the three controlling factions of the planet, it’s up to the player to get off the planet safely.

Convoy: A tactical roguelike has something to offer for those who loved the game on PC as well, with new storylines and vehicles being added to the that version, giving more depth to the world of Convoy and ensuring that even a re-visit to this post-apocalyptic world is bound to be a good one.

For those new to Convoy, here’s an overview of what this roguelike gem has to offer

A new take on tactical combat: Combat plays out in real time as a high-speed car chase where you need to position your units and use abilities to maximize their effectiveness.
Exploration pays: You will encounter many different radio signals, each with a text based event. What doesn’t kill you may reward you with loot.
Fully customizable units: Each unit can be upgraded and outfitted with different weapons and stats, allowing you to customize them to your needs.
A randomized planet: Each play-through features different main and side objectives, events, choices, and different consequences to your actions.
A cold war turning hot: Three factions vie for control over the planet, your actions tip the scales of balance making you an enemy to everyone. As each faction grows in strength, you need to keep up.
Permadeath at the core: Knowing one wrong move could lead to certain death puts you constantly on edge.

Pre-orders for Convoy: A Tactical Roguelike go live on the Switch eShop today. Pricing is set at $14.99.