Cook Serve Delicious! 2!! out for Switch on April 10 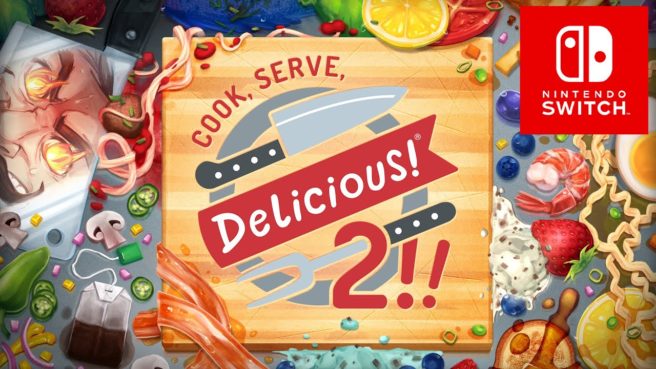 Cook Serve Delicious! 2!! is making its way to Switch on April 10, Vertigo Gaming has announced. It’ll cost $12.99 on the eShop.

Cook, Serve, Delicious! 2!! is the massive sequel to the surprise best selling original, one of the few games that gives players complete control on how they want to build their restaurant.

– A 60+ hour experience as you build your restaurant from a roach infested eatery to a World Class Platinum Star experience by either running your own restaurant or branching out as a chef for hire, where you take jobs within the tower and various restaurants as you gain experience with the large array of foods, which spans 400 levels across 33 restaurants!

-All new gameplay features and additions, with a greater flexibility of difficulty for those who like it casual or insanely difficult.

-New local co-op mode! The all new split screen co-op feature allows you to play through the entire game with two players, with the ability for players to drop in and out during your progress within the game.

-Design your restaurant with over 1,200 unlockable objects.

Cook Serve Delicious! 2!! can be pre-loaded on the Switch eShop starting today.