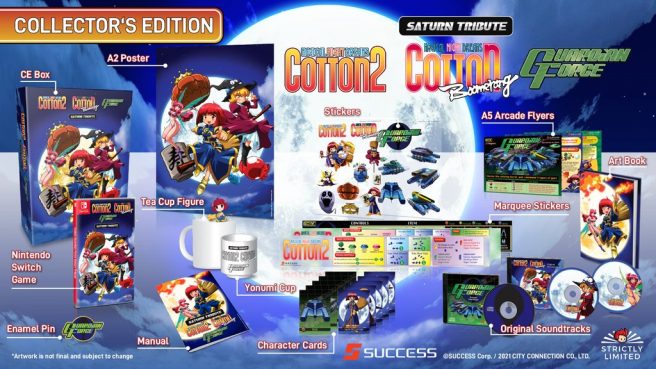 The game will be available in two forms. First up is a limited edition, which only comes with the game and a manual. There’s also a fancier collector’s edition containing the following:

Pre-orders for the physical version of Cotton Guardian Force Saturn Tribute open on October 17. 2,500 copies of both versions will be available. You’ll be able to put in a reservation here.

Cotton Guardian Force Saturn Tribute features Cotton 2, Cotton Boomerang, and Guardian Force. These titles just made their way to Switch a couple of weeks ago, though only as digital downloads. The new physical versions should be available later in 2021.