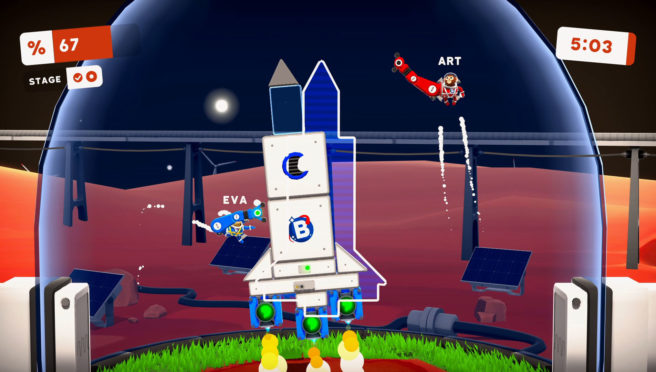 Publisher Crunching Koalas and developer Studio Gauntlet today announced that Bonkies, a couch co-op construction builder, is in the works for Switch. The game will be seeing a release on Nintendo’s console sometime this summer.

Here’s an overview of Bonkies, along with a trailer:

Bonkies is a couch co-op construction builder for 1-4 players featuring space-engineer monkeys on a mission to colonize the wild frontiers of our Solar System! Use jetpacks and bionic arms to raise wacky constructions, learn to work as a team and push the boundaries of monkey civilization!

Bonkies features both single and multiplayer campaigns with tons of hand-crafted levels that require quick wits, agility, coordination and planning to solve in time. Players can choose characters from a varied cast of loveable animals. The game requires quick wits, agility, coordination and planning, but is first and foremost a light-hearted and joyful take on construction builders and couch co-op games.

Bonkies will be sold digitally on Switch as an eShop download.